In 1965 some Milwaukee hospital engineers organized a meeting at the Pfister Hotel, Milwaukee, inviting hospital engineers from the southern part of the state, and from the Fox River Valley area. The purpose of this meeting was to create a State Association for Hospital Engineering.  Although other persons undoubtedly contributed to the development of our State Association, it was largely due to the efforts of Robert Krebs, William Summers, and Robert Botts that WHEA came to exist.

In 1966, a meeting was held at Lake Lawn Lodge (Delavan) involving several hospitals from around the state.  Our first State officers were elected. Rightly so, Robert Krebs was elected president, William Summers vice president, and Robert Botts secretary-treasurer. They were elected to serve a one-year term. It was at this same meeting that our original state bylaws were developed.

PURPOSE OF OUR STATE ASSOCIATION

The purpose of our State Association was to promote the improvement of hospital services by assisting the members to exchange ideas relating to the total hospital program and to advance the members in the hospital field of engineering by promoting engineering education.

Because of limited funds, this newly formed State Association aligned themselves with the Hospital administrators.  Because of this, their annual meeting was held concurrent with the annual WHEA meeting. This had an additional benefit in that it showed the administrators the interest there was in engineering for hospitals.

The 1968 meeting was held in the Pfister Hotel in Milwaukee, with 35 members attending. At this meeting, the office of officer-at-large was created to provide better continuity of board membership.

In 1969, again at the Pfister Hotel, the secretary-treasurer’s office was split into two separate offices. We retain those same offices today. These five persons, along with the junior past president, past president and the (6) chapter presidents, make up our State Board of Directors.

in 1973, the growing State association of Engineers decided to break away from the administrators, and had their own annual meeting at the Holiday Inn of Wausau.  Emphasis on continuing education brought about the birth of the Hospital Medical Facilities Maintenance Mechanic Apprenticeship Program.

A formal proposal with the Wisconsin Vocational Technical schools was signed in 1975.

In June of 1976, our Association became a member chapter of the American Society of Hospital Engineers (ASHE). At that time, our association had 160 members from within five chapters throughout the state. Due to the significantly large geographical size of Chapter V, travel distance to meetings had become a problem for their membership.

In the late 1970’s a group of hospital engineers from La Crosse petitioned the State Board to carve out a new chapter from within the existing Chapter V boundaries that would encompass just the southwestern part of the state.  The board approved and Chapter VI was born.  It was also in the late 1970’s that the state bylaws were amended to create an associate level of membership.

As we entered the 1980’s, education continued to be the focus of our association.  The Education Committee developed a series of one-day seminars on current hospital engineering subjects.  These seminars were offered in each chapter area, were well received, and grew to become a financially self-sustaining mainstay of WHEA operations.  Over two hundred registrants attended the first two seminars.

CREATION OF A CODE COMMITTEE

In 1983 a Code Committee was created to keep all members informed of code and compliance issues relative to the health care engineering industry.  By 1985 Wisconsin Hospital Engineering Association membership had grown to more than 180 members, and a newsletter had been introduced to keep members informed of the activities of the association.  These newsletters are published quarterly and cover a broad range of technical topics and other newsworthy information.

In the mid 1980’s, WHEA became the first state engineering association to solicit and be provided with an official proclamation from our Governor for a hospital plant operations and maintenance employee recognition day.  Since that time, at least 12 other state hospital engineering organizations and the American Society for Healthcare Engineering have developed similar recognition proclamation programs.

Mergers and reorganizations of hospitals and other health care providers in the 1980’s prompted the WHEA state board to change the name of the organization to Wisconsin Healthcare Engineering Association.  We were continuing to grow and attract members from a variety of healthcare facility disciplines and it was decided to open an office to hire an office coordinator who would be paid to officially coordinate the documentation and financial activities of the association on January 1, 1987.

With the goal in mind to provide the highest quality annual conference at the lowest possible cost, the board approved the inclusion of a trade show into the 1987 conference agenda.  Revenue from exhibitors was intended to supplement the registration fees of our attendees so that we could afford to attract nationally recognized speakers and programs to our conference. These annual conference events are now referred to as technical exhibitions.

In 1990 WHEA celebrated its 25th anniversary.  Membership had grown to over 200 and the 1990 conference attendees made a special effort to recognize and thank the handful of dedicated hospital engineers who founded WHEA in 1965 as a means of satisfying the growing need for a support group within our industry.

Throughout the 1990’s, our membership continued to grow, prompting us to re-dedicate our efforts to our educational objectives.  We continue to provide education programs presented by state and nationally recognized authorities that address issues of great importance to our industry.  Our annual conference (with its expanded Technical Exhibition) has been recognized by every ASHE President who has experienced this event as one of the premier programs of its kind.

During 2002, in an effort to enhance the partnership opportunities for WHEA and the vendors, advertisers, and exhibitors who support us, WHEA began to look for a means to develop a true sponsorship program. The first Platinum, Gold and Silver Sponsorship’s were offered for the 2003 calendar year at levels of $5,000, $2,500 and $1,000, respectively. One Platinum, one Gold and two Silver sponsors stepped forward with their support that year. For 2011 the total number of sponsors is thirty-six (36)! Sponsorship partnering at these levels ensures that WHEA will continue to provide opportunities for the professional growth of our members.

In 2003 the WHEA Board of Directors created the The WHEA Healthcare Engineering Pioneer award to recognize individuals in our state who have made a significant contribution, through personal or professional initiatives, to promote health care facilities management.  This recognition was created to differentiate between those who have made significant contributions to the profession of health care facilities management (the Pioneer Award,) vs. those who have made significant contributions to WHEA as an organization (the Founders Award.)  In 2010 the state board voted to name this award the Robert H. Botts Healthcare Engineering Pioneer award in recognition of the last of our original founding fathers who passed away earlier that year.

The WHEA Foundation is Chartered

In 2010 an Executive Committee at the state board level was created, enabling key board officers to more efficiently lead and manage the activities of the board.  The Executive Committee consists of the current president, vice president and past president.  These officers conference call on a monthly basis in an effort to more effectively manage the agenda of the board provide ongoing support to the WHEA staff and chapters in between quarterly board meetings.

In 2014 the state board authorized the formation of an ad hoc Strategic Planning Task Force, led by Steve Vinopal, that was charged with developing strategies that would not only ensure the sustainability of over four (4) decades of success for WHEA, but would identify opportunities for the organization to grow and thrive well into the next decades. A professional facilitator was employed to guide the team during months of hard work which eventually yielded a number of opportunities for the board to consider. The work will continue for years into the future as the strategic plan becomes a regular agenda item at all subsequent board meetings. 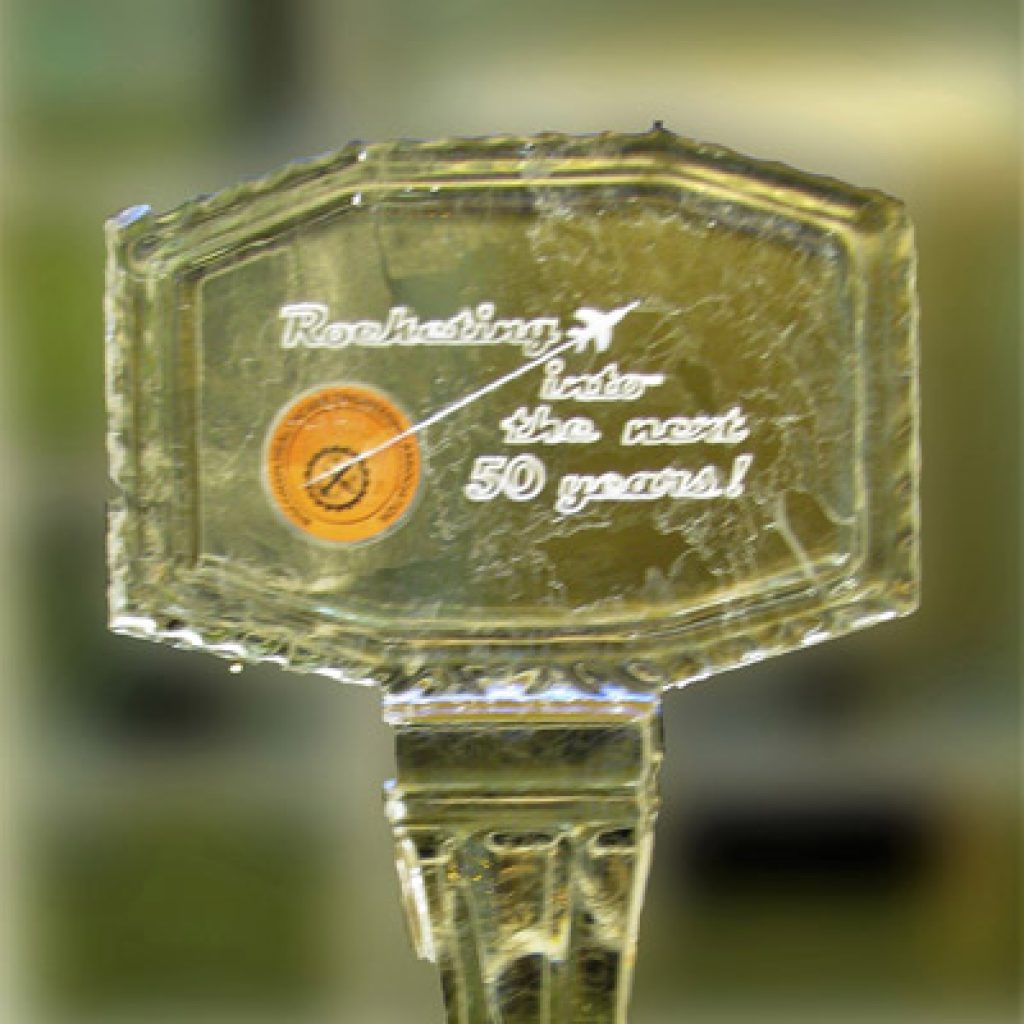 In 2015 WHEA celebrated its 50th anniversary. The theme throughout the entire year was “Rocketing Into the Next 50 Years!” It was used to promote the pedigree of our featured keynote speaker at the annual conference. The agenda of the conference was reconfigured so that the annual recognition banquet was held the evening of the Technical Exhibition day so that our many long-standing exhibitors and sponsors could attend.

The audience for the awards presentation program numbered nearly 500 and it culminated in the presentation of our first award for 50 years of continuous membership to Carl Budde; past WHEA President and past ASHE President.

Now beyond our 50th anniversary, the organization has continued to grow and enjoy phenomenal support from our sponsors. In 2017 there were 73 partners sponsoring WHEA and in 2018 we had 81 sponsors with eight of them at the Platinum level! The state board also moved forward with new and innovative projects in recent years, leading to the creation of three ad hoc committees to address current challenges – The ASHE Energy to Care Program Committee, the MECHanics Education & Relationship Committee and the Communications Committee. These teams have been formed in addition to the special committees previously established in recent years – the Nominating Committee, the Executive Committee and the Finance Committee.

The Wisconsin Healthcare
Engineering Association
is an affiliated chapter of: